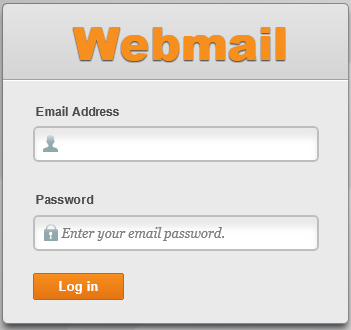 Like the previous examples, webmail is another tool you can use to send and receive email. Webmail is different because you can access it using a web browser. It doesn’t require you to setup the software. You can simply log into webmail and begin to use it.

Note! Before you attempt to log into webmail Be sure that you have first created an email address within your cPanel. (If we set up your website for you. Then we’ve already set it up)

Steps for logging into webmail

The steps below will show you how to login to webmail. In this example, we are assuming the email address you want to check is user@example.com

I Don’t Know whether I should click on SquirrelMail, Horde, or Roundcube!

After logging into webmail, you’ll be presented with three options: Horde, Roundcube, and SquirrelMail. These three options are different webmail clients that can be used for sending and reading email. All of them show you your email, however each of them has their own look & feel as well as their own unique features.

Logging on to webmail (one.com)